On the Trail, Always 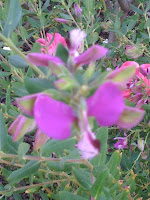 Beauty is not always, or often, physical. Beauty can also be in an action or effort, as I witnessed out on the trail today.

I hike a few miles several times a week, up and around the Santa Monica Mountains. Today's hike began with my fellow hiker in tears over the impending death of a friend succumbing to ovarian cancer, a woman who had finally just left her overbearing husband of 25 years. It's the kind of story that just makes you want to say "not fair" as if fairness has anything to do with cancer.

We climbed in silence, my friend listening to soothing music, me trying to think of comforting words when there really are none. As we continued up a slight incline, I noticed an elderly woman gingerly picking her way down the trail toward us, aided by a walking stick in each hand. I watched her careful but quick steps, landing beside the sticks she carried. She was slightly plump, covered head to toe, her face protected from the sun by a large-brimmed hat and her hands covered in biking gloves. In such garb, I would have been swooning, but she stayed her course, cool and deliberate in her movements. Moving closer, I could see her face beneath the hat. She looked like the type of woman who has hiked everyday of her life, serence and at peace in nature. A quick smile and she was past us, picking her way down the last half mile decline. I guessed her age at about 72.

My friend lets out a sad sigh, and I'm reminded of her friend's illness, at just 51 years old. It makes me think of that saying, "Grow old gracefully, for what is the alternative?" My thoughts return to the elderly hiker and I realize I'd been given a gift this morning. A truly beautiful vision of a woman aging gracefully, using whatever tools and tricks it takes to stick to her path...and still finding the strength for a smile. I hope that's me someday.
Posted by b at 1:51 PM No comments:

I am conducting a brief & easy 10-question survey that explores people's feelings about "what is relaxing music" and how they find it. Won't you please give 5 minutes? It will help our indie music community to better understand buyer preferences. Your replies remain anonymous!

LENA HORNE: Beautiful to the Core 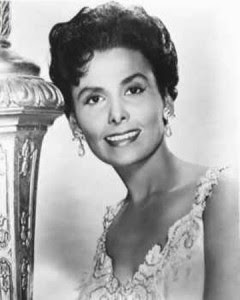 Lena Horne knew beauty. She felt it on the inside, and projected it on the outside. Consistently. She moved from the Cotton Club into the Hollywood studio system (with all the stereotypes they upheld at the time), and yet she had the strength to become the first black performer to sign a long-term contract. I love this quote from the TVOne.com article:

Ms. Horne had not made public appearances in many years, but it's my hope that she lived out the rest of her life in peace and joy.

Is there still substance in Rock music? Absolutely! The alternative band Lifehouse is probably one of the first rock bands I'll introduce to my young son, thanks to their ability to express love and positivity in their music and lyrics; the lead singer seems to embrace the ability to see beauty in the everyday, which this blog is all about!

The band caught everyone's ear years ago with their first hit "Hanging by a Moment" and then again when their music was used for the hit TV show Smallville. Back then, I'd been invited to submit music from some of the Warner music artists for that pilot as well, but when Lifehouse's "Everything" was chosen, it was clearly the right music for the show. Since then, the band release several successful albums, including Smoke & Mirrors in March 2010.

This is music that I love, too...could this be the rock band that helps you bridge the gap with your kids? Listen and read the lyrics on this video...

Email ThisBlogThis!Share to TwitterShare to FacebookShare to Pinterest
Labels: alternative music reviews, christian, Everything, Geffen, higher power, Lifehouse, music for kids, music in television, Smallville, Universal, You and Me

Sometimes we meet people in the strangest of places, people who will change our lives in a direct or indirect way. Sometimes you sense it right away, other times it comes through as an interesting or unexpected comment.

I met a stranger after my son's swimming lesson, when she asked me for help with her jade necklace. I commented on the lovely piece, and a we began a relaxed conversation while getting the kids dressed. She inquired about my love of crystals, and I about her singing. An enjoyable 15-minutes.

A week later, I looked this kind stranger up, and found that she teaches and inspires creativity, and one of her organizations -- Create a Bridge -- has supported such inspiring pieces as Christel Guarnier's "If I Could I Would." I was thrilled to find this site, as I'm passionate about visual and sound/music projects! I encourage you to click through to explore this beautiful work:

If I Could I Would - Christel Guarnier - Create A Bridge Between Cultures
Posted by b at 1:18 PM No comments: