Music Review: In the Company of Clouds 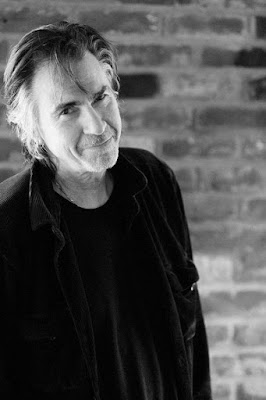 Erik Scott is certainly no stranger to the music world. Throughout his career, he has played with such names as Alice Cooper, Flo & Eddie, Pops Staples and many more. This rocker, multi-instrumentalist and composer has opted for a radically different, laid-back sound in recent years. Though mostly known for his performance on bass, Scott takes his expertise up a notch and shows his chops on keyboards, drums, mandolin, percussion programs and even incorporates some of his own vocals. Adding to the depth of In the Company of Clouds are Jeff Pearce on guitar, John Pirruccello on steel guitar, and Chris Cameron on piano.
Inspired by King Arthur, the tracks on this album are meant to set a mood and tell a story. “Nine Lives” begins the tale in a powerfully soulful manner with the vocal talents of Sandy Griffith, Larry Batiste and Brian Dyer crooning along with the twanging of the steel guitar and earthly percussion. There is complexity within the simplicity of this track as the layers come together like a finely woven cloth warmly leading the listener into the album. Following is the trance-like “Seven Veils.” The progression of this track leads the listener into a short spiritual journey. It starts off with just some delayed percussion and works up the energy into a mystically hypnotic experience. 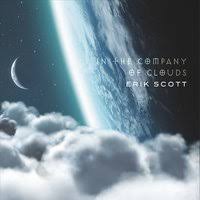 In an unexpected twist, the track “Waves” brings in a little 80s sensibility with the wavering steel guitar. Much like the ebb and flow of waves, this track swells and breaks until finally dissolving into calm sea foam. The subtleties of this track marvelously paint a picture without saying a single word.  Furthermore, “Open Door” allows Chris Cameron to showcase his piano skills. The piano is beautifully laced in with an array of atmospheric sounds that lead the hopeful and soothing tone of this beautiful track.
Erik has said that music mirrors the mood of the musician playing it, so one can only image the uplifted state of mind he was in when he wrote it. It brings to mind a sense of peace, light, and healing. Granted Erik Scott is a cancer survivor, it is apparent that this song is a way for him to pass on the torch of hope to anyone who may need it.
Reaching the number one spot on the ZMR Airply Chart, Erik Scott proves that he can gracefully apply his rock and roll sensibilities to the New Age genre. His compositions are technically sound, subtly complex and never pretentious, proving there is nothing Erik Scott can’t do. In the Company of Clouds is a wonderful contribution to the world of New Age music; it was recently chosen by programmers as Album of the Year and Best Contemporary Instrumental album at the ZMR Awards 2017.

Erik Scott's album is available through his website, CDBaby, iTunes, Amazon, and most streaming sites.

-Samantha Garcia, BEING
Posted by b at 3:25 PM No comments: