Take a moment to slow down to this beautiful new video by MsMaria6363 featuring pianist Fiona Joy!
Posted by b at 5:53 PM No comments:

The Book Thief: Death be Afraid 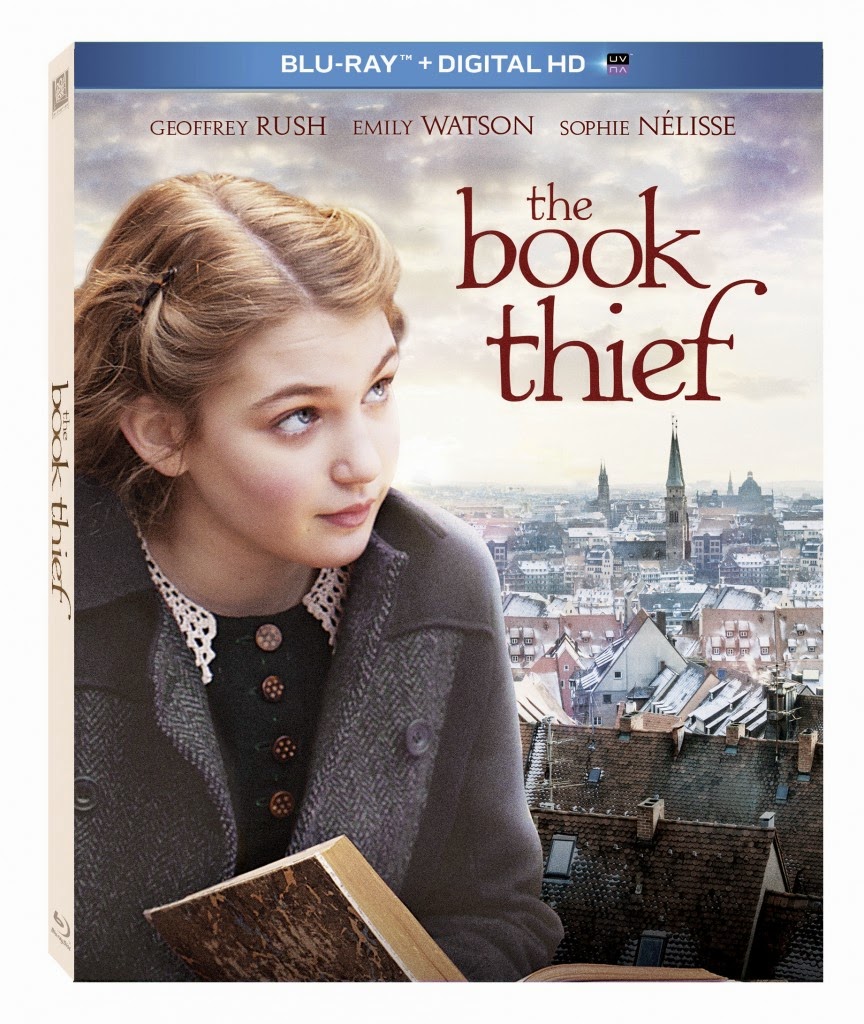 I unexpectedly fell in love during my rush to watch all the new movies before Oscar night. The movie was The Book Thief, which I expected to be good - but depressing - yet I came out of it feeling like I'd found a gem. I fell in love with the characters, the cast, and the story, but mostly with the lyricism of the narration. I will buy this one on DVD - a rare act these days - but I want an old-school physical copy to live on my shelf, among my other favorites: Out of Africa, A River Runs Through It, Ordinary People, and about 25 more which, I just realized, are mostly book adaptations.

I never thought about having a movie "type," but there it is...it turns out I love movies adapted from books when the movie really uses choice quotes and artfully conveys the beauty of the words. There are a lot that don't make it. I hope that the author, Markus Zusak, and the screenplay adaptor Michael Petroni, know that they've succeeded together in this challenge, despite the few Oscar nominations (which says more about the tastes of the Academy than about the quality of this film) and some snarky reviews on RogerEbert.com.

I also love movies with metaphysical themes, so there is also a match there to some degree. The Book Thief is based on the international bestselling novel of the same name, about a girl brought from Russia by her mother to be fostered by a German couple.  The author chooses Death himself to narrate the story, but turns the concept of death upside down, making it ruthless yet curious, bewildered, and somewhat afraid of humans, especially brave ones like Liesel, our heroine. Through her life's challenges during WWII and beyond, Liesel learns to embrace the beauty and power of words as a way to survive, soothe, heal and ultimately, live well into old age before Death can meet her.

I haven't yet received my copy of the book (yes, I also buy "real books", not downloads) but I can't wait to look up one of the voiceovers toward the end that beautifully captured Liesel's perspective and writing. It paints a vivid and apropos picture of the sweet musical father and harsh mother who'd adopted her, and goes something like this (in my mind, anyway):

"On a street called Heaven, there was a man with the heart of an accordion, and a woman cloaked in thunder...."

A few other favorites:

"Trust me, though, the words were on their way, and when they arrived, Liesel would hold them in her hands like the clouds, and she would wring them out like rain.”

"It's always been the same. The excitement and rush to war. I met so many young men over the years who have thought they were running at their enemy, when the truth was, they were running to me." -Narrator/Death

“If only she could be so oblivious again, to feel such love without knowing it, mistaking it for laughter. ”

The Book Thief released this week on DVD and Blue Ray.  See clips, reviews, and enter to win a free copy of the DVD from the talented young blogger Kimmy West on her excellent Page to Premiere blog!

Oh, and for those of you who did find this subject matter just too bleak for words, you will find sympathy and hilarity in this "reading" by Mark on his blog Mark Reads, which starts out Part 10,
The Book Thief
featuring
what the f*+k