Have You Fed the Fish Yet?


You can, you know...just point your curser and click to feed the good green stuff...they love it, and they'll follow you!
Posted by b at 11:06 PM No comments:

Keeping kids entertained this summer can go far beyond camp, the beach or the playground. It's also about teaching them to make positive choices, with entertainment that will gently expand your children’s understanding of the world and develop good character in a truly memorable way. Young children are especially precocious and require all the skills of parenting to help them not just with normal fun activities, but by “edu-taining” them as well. 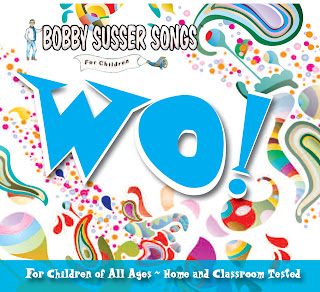 Start fresh this summer, scheduling an event each month to balance healthy activity with passive entertainment, building upon our top choices. For instance, you might hold a Sing Along Show & Dance with WO! for the younger ones, or, introduce the book club concept by reading the book “The Borrowers” before watching the “Arrietty” film adaptation on DVD. And, of course, Brave further fuels the archery trend that started with The Hunger Games, so the older kids might enjoy a local family archery class; they are offered for free in L.A.'s Balboa Park on Wednesdays and Fridays.

Read on for more about our top 3 choices to entertain and edutain your children of various ages in the summer of 2012:

WO!
That their names sound similar is pure coincidence, but Bobby Susser may well be the Dr. Seuss of children's songs. Bobby has just released his 25th album WO! and it's a sure to keep your children singing throughout the summer. With 12 songs, Bobby's new album demonstrates that "Any time of day, there is always a song to sing."

Award-winning Bobby Susser, a songwriter, record producer and singer has given us children's songs that are fun and easy-to-learn for children Pre-K and up, while also enjoyable to parents and grandparents! The songs -- especially The Wo Wo Song, Smiling Face, and Oooh Good Morning – gently introduce the foundations of rock ‘n’ roll, and will keep your children laughing, singing, dancing and, above, all, having fun. The Bobby Susser collection of albums teach children about exercise, good health habits, animals and changing seasons. They explain concepts about world peace, feelings and why we are “better together.” But, more than that, they also try to instill in children values about home and family, brotherhood, patriotism, respect and confidence. Find links to buy WO! and eleven other top kids albums on Bobby Susser's site, while also exploring lyrics and activities for parents and teachers. Access the lyrics and activities to produce your own family talent show, gently building your child's confidence.(www.BobbySusser.com) 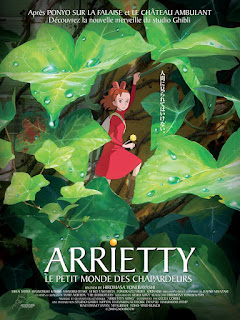 The Secret World of Arrietty
Children love to watch DVDs over and over, and The Secret World of Arrietty is a sweet film for older children that is a step above the cookie-cutter storylines and visuals often released for children. A Japanese-animated fantasy film, this movie is based on English author Mary Norton’s novel “The Borrowers,” which (in 2007) was selected by judges of the CILIP Carnegie Medal for children's literature as one of the ten most important children's novels of the past 70 years. The directorial debut of animator Hiromasa Yonebayashi, he is the youngest director of a Studio Ghibli film. Now available on DVD, the movie was released by Walt Disney Pictures in the USA in early 2012. The film, which grossed more than $145 million worldwide, has been praised by critics as “a gentle and entrancing tale” (Steve Rose of The Guardian), and “likely a perennial favorite among children” (Christoph Mark of The Daily Yomiuri). Parents will likely recognize the U.S.-dub version’s voices by Amy Poehler, Carol Burnett and David Hendrie among others. 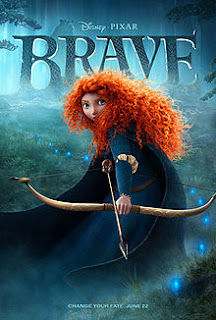 Brave
This heavily-promoted 3-D animated movie produced by Pixar and released by Walt Disney Pictures, promises to be a summer highlight, due for airing in June 2012. It is a fantasy-adventure film set in Scotland and is the first fairy tale by Pixar. It tells the story of a skilled archer, Merida, who asks a witch for help but is cursed instead. To lift the curse, she must learn what true bravery means. It is like to appeal to both boys and girls much like Tangled, with a balance of adventure and youthful romance. The movie is scheduled to make its European debut at the Edinburgh International Film Festival in June. At that time, Disney Interactive Studios will release a video game based on the film for Play Station 3, Xbox 360, Wii, PC and Nintendo DS, offering additional summer entertainment options for older children.