For general meetings, Media interviews, Sponsorships, or Performance requests during THE Show, please text your request and timing/location details to Beth Hilton @ 310-560-8390.
Posted by b at 11:36 PM No comments:

New: Sounds from the Circle VII 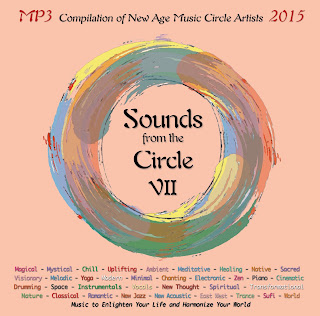 The New Age Music Circle's much anticipated 7th Annual Compilation has arrived, presenting over 4 hours of award winning music as well as newly-discovered artists curated from the broadest interpretation of the New Age music genre across the globe!  GRAMMY-winning artists and ZMR Lifetime Award Recipients abound on this particularly rich-sounding new release.

Each of the 49 contributing artists has copies to distribute, and fans can enter to win limited copies by RT-ing the group's Twitter posts @SoundsFTCircle.

Musician's and fans can become Circle members, and participate in future compilations, too, by joining here!

Enjoy a sneak peek at the album's impressive track list: 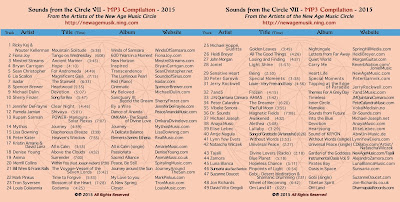