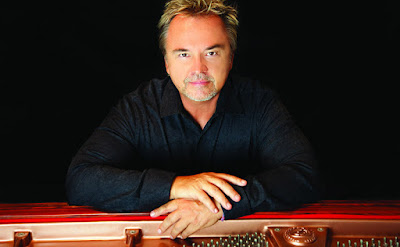 “Love and compassion are necessities, not luxuries.
Without them, humanity cannot survive.”
- Dalai Lama XIV, The Art of Happiness

Peter Kater, with ten GRAMMY® nominations and more than sixty albums to his name, is arguably one of the most prolific and popular contemporary pianists on the planet today.  He recently released Love, his first solo piano album in more than ten years, a collection of seven composed pieces and six improvisations that share the common theme of love and its many wonders and emotions.

The album’s liner notes border on poetic, as Peter explains the basis or inspiration of each piece, giving a deeper and more personal insight into the music. He explores the many facets of love, not just the more common musical themes of romance and infatuation. He also encompasses hurt, loss and healing as well as the love of self - a much more mature approach that translates beautifully into Peter’s unique and distinctive musical language.  The new work has been called “eloquent and moving” and “one of his best albums ever.” 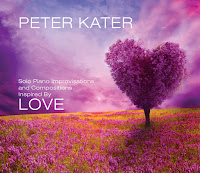 “I have been playing the piano since I was 6 years old. There are very few things that are more natural to me than making music. In playing the piano I am able to express what is deep in my heart and soul, where words fall short and seem colorless in comparison. I am fortunate to have a recording studio in my home. Almost every time I sit at the piano to play, I press the record button just in case something "special" comes through. These improvisations and compositions were recorded over the last three years, in "the heat" of the moment. These are musical portraits of my heart, ripe with emotions, joy, complexities, excitement, pain and revelations of the various manifestations and landscapes of LOVE.”

Originally born in Germany but raised in New Jersey, Peter is seemingly comfortable everywhere. Recently relocated to Los Angeles from Hawaii, the multi-platinum selling artist began working on another type of work near and dear to his heart,  composing the soundtrack to “Heart of the World,” a much-anticipated, three-hour PBS program focusing on the stunning National Parks of Colorado. This is gratifying work for Peter, who among his many awards and honors, has received the Environment Leadership Award from the United Nations, and a Lifetime Achievement Award from the Zone Music Reporter.

To date, the tireless composer and producer has scored over 100 television and film productions -- including music for the 2000 and 2004 world Olympic Games and eleven On- and Off-Broadway dramatic plays -- and performed all over the world for his devoted fans as well as presidents, dignitaries and spiritual leaders in fine venues including the United Nations and Carnegie Hall. In 2015, he joined in creating a Long Life Prayer in honor His Holiness the 14th Dalai Lama’s 80th birthday.

This year, Kater is submitting his LOVE recording to the GRAMMY Awards’ Best Contemporary Instrumental category.  In a sense, he is returning to his roots, as his early success was not in New Age music, but in Contemporary Jazz.   His first solo piano album, Spirit, was released in 1983.   Following that, five of Kater’s releases charted in the Top 10 National Contemporary Airplay charts including his National #2 album, GATEWAY.

Kater says, “Love is a hybrid recording combining my classical roots and jazz improvisational instincts.   I’m excited that the new Contemporary Instrumental category now exists at The Recording Academy, because I feel it’s the best place for this new recording that truly crosses genres.”

Love is Peter Kater’s third project of 2015, released by Mysterium Music; all proceeds from the album's first week of downloads were donated to the American Nepal Medical Foundation's 2015 Earthquake Relief Fundraising Campaign.