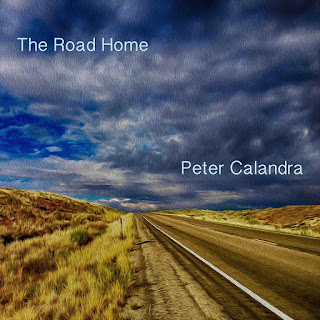 New York City composer Peter Calandra takes us down a path of relaxation on his latest release The Road Home. With years of Broadway experience under his belt, this album showcases Peter for what he is, a beautiful composer. 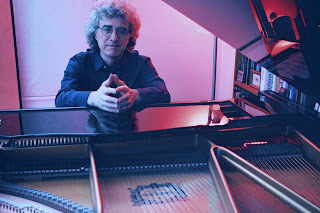 If you’re looking for something upbeat, this might not be the album for you. Though if you’re in the mood for something touching and ethereal, Calandra hits that nail on the head. The Road Home plays out like a journey of the mind’s inner monologue. Starting off with “A New Dawn,” the angelic vocals, performed by renowned vocalist Joy Askew, beckon the listener to discover what is ahead. It invites us to forget whatever troubles are currently weighing us down and to start anew, conscious of the moment. Into “Mi Amore” we go, a song that feels like a smooth drive down a sunny highway. Here, Calandra - a Yamaha-endorsed artist - playfully showcases his skills as a pianist. In contrast to the gaiety of the preceding track, “Morning Dove” is a bit more solemn, certainly moreso than the rest of the songs on the album, yet sure to be a favorite among the laid-back piano crowd.

Once again, “The Road Home” picks the mood back up in a joyous mix of piano and synthesizer. Being its namesake, this track feels like the very core of the album. Continuing to wind down the musical road,  “Night Into Day” caps off a day’s journey with an incredibly soothing melody that puts a mind at ease and celebrates the passing of another beautiful day.  Perhaps the most complexly layered of the tracks, "The Cat’s Eye” plays around with European-inspired accordion and harmonica sounds and incorporates the use of subtle chimes. Finally, “Points in the Sky” slows the pace back down again, seemingly for the purpose of encouraging a final sense of inner peace and reflection.

Calandra’s music evokes a plethora of human emotions and moods. He aptly displays his understanding of composition by proving that emotive music is not always about the complexity of a sound but more so about how to convey an emotion by means of simplicity. In the case of The Road Home, less is more.

The Pre-sale is now through 6/30; for sale via Amazon, iTunes and CD Baby on July 1st.

- Samantha Garcia, BEING
Posted by b at 1:54 PM No comments: 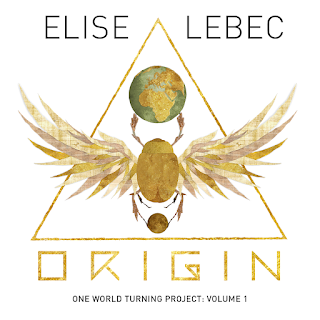 Musician Elise Lebec has grown up with travel in her blood. From New Zealand to Australia and England back to the states, Lebec has soaked up inspiration from every corner of the globe. Her latest release, ORIGIN, is a sonic interpretation of her spiritual trip to Egypt, the first in a series of adventurous cross-cultural albums under the One World Turning Project umbrella of music, videos and merchandise. 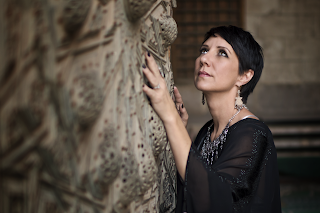 The cultural richness that is entrenched within the sounds of traditional Egyptian music is something that can be felt within anyone. There is something so raw, spiritual and passionate that spills out from the sounds of this most ancient form of music.  The opening track “Taaly Maaya: Come With Me” focuses on Lebec’s smoothly sensual voice setting the stage for what is sure to be a mystical experience. She guides the way into the journey that later disperses into a musical medley of sorts. The following “Queen of Light” begins with a frenzy of doumbek drums and various string instruments driving a memorable melody, and Lebec's voice has a haunting, retro-cinema quality. “Cairo Morning” takes the concept of this album in a bit of a different direction by fusing the old and the new. The iconic Egyptian instrumentals are coupled with a man rapping in Arabic while Elise harmonizes softly in the background.

Moving into the midsection of ORIGIN, the song “Bolero” is a mesmerizing and mysterious love song that’s painted over with a slight air of melancholy. It is a song from a lover longingly calling out to her other half. “Rumi Song,” much like “Cairo Morning,” incorporates some more modern musical influences. It throws in some electronic beats on top of the traditional Upper Egyptian instrumentals and couples those sounds with a woman passionately singing in conjunction with a man's hip hop-influenced vocals. 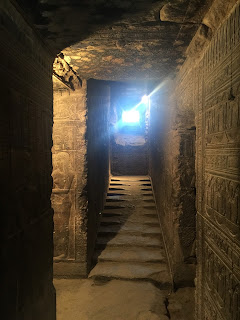 Remarkably different from the rest of the songs on her album, “Sekhmet: The Goddess Awakens” is an empowering chant that is uses minimal instrumentation but rather relies of layers of vocals and chants to convey a message of strength.  Furthermore, “The Jam: Luxor, Egypt” is a belly dancer’s delight that offers an infectious rhythm section that would be perfect to dance along to. Continuing with the experimentation, “Sufi Dance” incorporates some very obvious funk elements and offers a very strong message about love, compassion and having an understanding for all walks of life. There is an element of gospel in the female vocals in this track. As beautifully as it began, ORIGIN ends in the same light. “Hob Elahy: God is Within” sends the final message of Lebec’s spiritual journey. We are all one and we are all empowered from within.


Whether you are seeking a musical journey, a spiritual awakening, or just curious to try something new, ORIGIN provides all of the above. With Lebec’s beautiful voice, wonderful Egyptian music, and powerful message, it is certain to bring meaning into your day.

ORIGIN releases July 21st, but is available now for pre-sale on iTunes, with one early download to enjoy, and on Amazon.
- Samantha Garcia
Posted by b at 8:30 AM 1 comment:

MUSIC REVIEW: INTO THE MIST 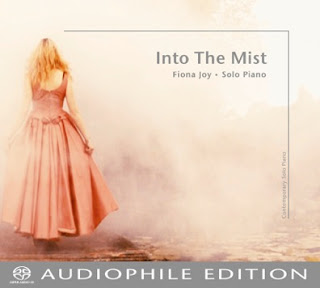 Few musicians have the ability to capture both the light and dark sides of human emotion quite as elegantly as Fiona Joy. Just when you think she has hit the pinnacle of her musical expertise, she unveils a masterpiece like Into the Mist (Blue Coast Records). With only a year in between the release of Signature Synchronicity and Into the Mist, it is clear that Joy has been stricken with a fever to create. The audiophile edition is being officially released at the LA Audio Show on Saturday June 3rd at 3 p.m. in a "Listening Party" with the Sony-Sponsored Magic Bus, as announced earlier on BEING.

The opening title “A Walk in the Park” begins the album with a wave of gaiety and radiates with a warm sense of peace. It feels as though a door has been burst open and has led the listener directly into the beautiful world that Fiona paints with her songs.  Segueing into “Moon Over Lotus Pond,” the mood is glazed over with a dash of pensive melancholy and evokes a sense of gratitude and wonderment.

The true heart of the album resides within the title tracks. “Into the Mist” is where Joy begins to bleed her emotion onto the ivory keys of her piano. That same air of melancholy echoes into “Mist Rising” until finally lifting once again in “Mist Before Dawn.” The symbolism in the titles is not lost within the music with the “mist” standing for emotional turmoil that eventually comes to pass.

All sense of sadness and doubt is lifted as soon as “Feeling Sunshine” rolls around. It tinkers around playfully in stark contrast to the opus that precedes it.  Complimented by “Grey Sky Morning,” a song that conveys a feeling of softness of having woken up from a nostalgic dream.  “Galloping” is an oeuvre doused in rising crescendos and plummeting diminuendos that leads the album to its graceful end with “The Void.” The final track has a languid air of mystery that ends the journey with an elegant touch.

There is no doubt that Fiona Joy is a being defined by her raw sense of emotion.  Considering it is only her second solo release, one can only imagine the powerful works that are yet to come.  Into the Mist is a beautiful continuation of Fiona Joy’s musical autobiography.