FILMS OF SUBSTANCE, A FAMILY OF CHANGE 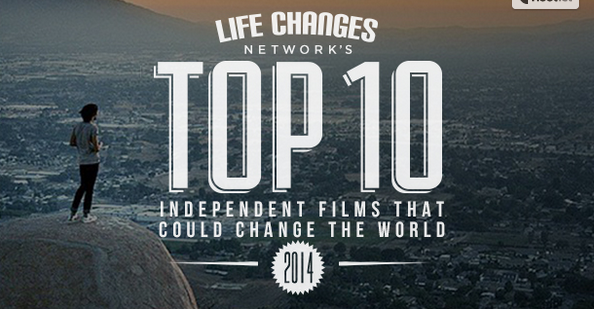 The LIFE CHANGES NETWORK, has released its choices for the Top 10 Independent Films That Could Change The World.  It's encouraging to think of the people who were so inspired to tackle the difficulty indie filmmaking process - from idea, to script, to production, to post, to premiere - to bring us these positive and transformational films.

I love the number one film, "Stand With Me" and your kids probably will, too. All of the proceeds of this movie are donated to help end child slavery worldwide.

If you'd like to "live better" in 2015, then carve out an afternoon to watch one of these films with your family and follow it up with positive action.  Discuss what the positive change in your life might be: it could be as simple as clearing the pantry of nutritionless foods, or, selling cookies and lemonade for a worthy cause. Nevermind the initial griping that might ensue with your kids, just keep in mind that is simply their way of trying to gain some control in their lives, and carry on.  Stay strong, encouraging and positive throughout the process, and let them take the lead on some of the project. In doing so, you'll be fostering young leaders while also sharing a positive example of parenting and community empowerment.  They'll feel good about you, and, hopefully, be happy with their own contribution.

What better gift can any of us give to future generations than to care and to take action?

For more about Life Changes Network, go to: www.lifechangesnetwork.com
Posted by b at 12:40 PM