Giveaway you say? Yes! The B Company is so proud of its roster of diverse talents and would love to brighten your day with the gift of wonderful music.

Not just one album, no, we want to give you a package of THREE!

Here are the artists that will be featured in your fabulous prize package: 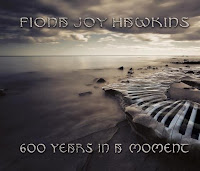 Fiona Joy Hawkins is often referred to as Australia's Enya. A sultry firecracker, her passion and combined sensitivity create harmonious sounds that make love to your subconscious. Fiona has received a Aria nomination (likened to Australia's Grammy's) and a nomination for a 2013 Independent Music Awards Finalist for Best New Age album and best live performance. After you're hooked: check out www.twograndimyours.com to get tickets for Fiona's upcoming tour with the talented fellow Aussie, Trysette. 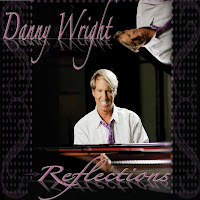 Danny Wright, "The Healer of Hearts," is a Texas born artist who has sold over 6 million albums worldwide. Often on television, or performing live for his adoring fans, Danny feels blessed to truly carry out his purpose and have it received so beautifully. A caring, faithful and deeply compassionate man, Danny is inspired by the preciousness of human life, and is often commissioned to write songs that commemorate someone's legacy and contribution. A highly prolific songwriter, Danny is always producing new material to soothe the hearts of his fans and uplift them in all of life's memorable occasions. Check out his site for more information. and for upcoming performances: www.dannywright.com 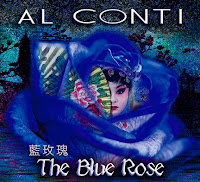 Al Conti is a GRAMMY® nominated composer, arranger, producer and multi-instrumentalist. His latest release, "The Blue Rose, " was number one in the ZMR charts for 2 consecutive months. An Argentinian born artist, who comes from a deeply artistic family, Al's artistic sensibilities and intelligence come through in his music and the beautiful way he presents it to his fans, like in the cover art for "The Blue Rose." In addition to music, Al is very passionate about giving back. In 2008, Al Conti joined Kevin Bacon, Jessica Alba, Will & Grace's Shelley Morrison and other celebrities lending his name to the Until There's A Cure foundation to help raise funds for HIV/AIDS awareness and research. Al is also a member of Artists For Human Rights, an organization founded by actress Anne Archer. Visit Al's site www.alconti.com for more information and music on Al Conti.

Thanks so much for playing, and remember: there is different music for all the different parts of your day. Expand your world.

We will ship for free within the U.S. and Canada.